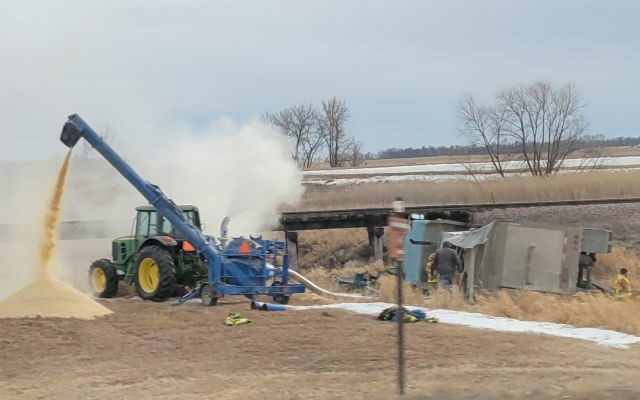 A semi rollover leads to a fuel and soybean meal spill about a mile east of Volga. The driver, 31-year-old Philipp Wiebe, of Winkler, Manitoba was not hurt.

Assistant Brookings County Sheriff Scott Sebring says the truck had just departed Volga after loading with soybean meal and fuel. The driver says he heard a loud bang from the passenger side and was pulled into the right guardrail. The truck and trailer entered the ditch and rolled onto its side.

Diesel fuel began to leak from one of the two tanks, spilling about 100 gallons into a drainage ditch directly beneath the rolled truck.

Brookings County Emergency Management responded and coordinated the cleanup. Crews also used a grain vacuum from a nearby business to remove the soybean meal.