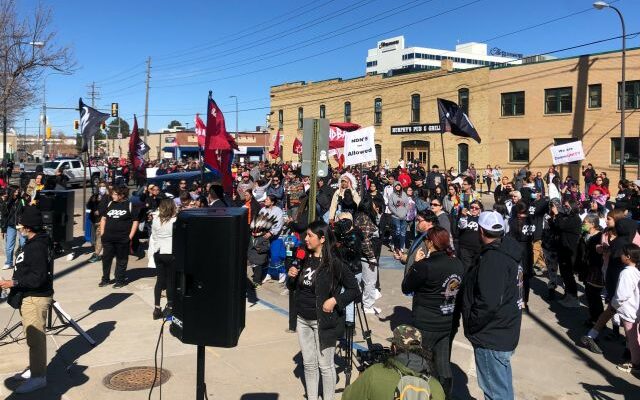 RAPID CITY, S.D. (AP) — Hundreds of demonstrators gathered outside a federal courthouse in a South Dakota city to cheer the filing of a federal lawsuit over a hotel owner’s pledge to ban Native Americans from the property.

The protesters held a rally and prayer meeting in a Rapid City park Wednesday then walked the streets in response to a social media post by a Grand Gateway Hotel owner who said she would not allow Native Americans on the property. The lawsuit seeks class action status.

Brendan Johnson, a former U.S. attorney for South Dakota and the lawyer for the plaintiffs, says the “rest of the world” needs to know what’s going on in Rapid City. The suit seeks unnamed general and punitive damages.