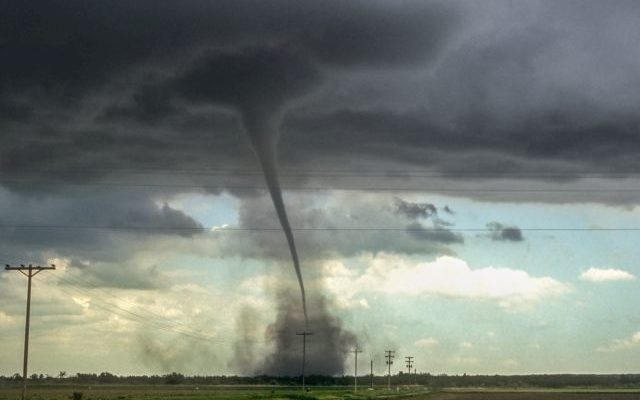 LENNOX, S.D. (AP) — A storm survey team from the National Weather Service in Sioux Falls has confirmed it was a tornado that caused damage in Lennox during the weekend.

The weather service tweeted the brief tornado struck about 4:40 p.m. Saturday and traveled nearly 2 miles with winds of 95 mph, making it an F1 twister. Trees were knocked down and structures and vehicles were damaged. The roof of the school was damaged.

The Lincoln County Sheriff’s Office said it received multiple reports of Interstate 29 being covered with debris and vehicles in the ditch. Two semis were blown over on the interstate.